To coincide with the official celebrations of the First World War by the government, we will be showing Joseph Losey's anti-war film King and Country and have invited a friend from a radical history group to talk about the real causes of the conflict and the movement that opposed it in the UK and particularly North London. 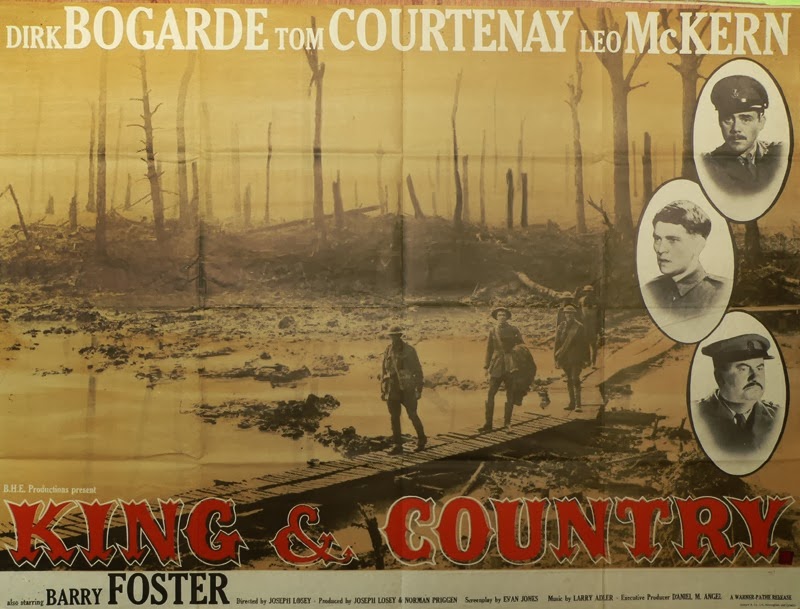 FILM
King and Country (PG)
UK 1964 Dir. Joseph Losey. 88 mins.
In King and Country, we witness the trial of Private Hamp, from Islington, as he is tried for desertion. The defence raised for him by Captain Hargreaves teases out issues of competence and procedure, accompanied by the distant thud of exploding shells in the muddy fields of France in 1917.
Examining the horrors of the frontline, the absurdity of the military hierarchy and the nuances of the British class system, Losey’s film is a sober but ultimately powerful anti-war tract.

Following the film, a speaker from the London Remembering the Real World War 1 group will speak about the myth of the 'Great War' as a 'war for democracy', and about the growing movement to oppose the government's 100th anniversary 'commemorations' of the war - with expose of the real causes of the war, and our own celebration of the individuals and groups who opposed the conflict.